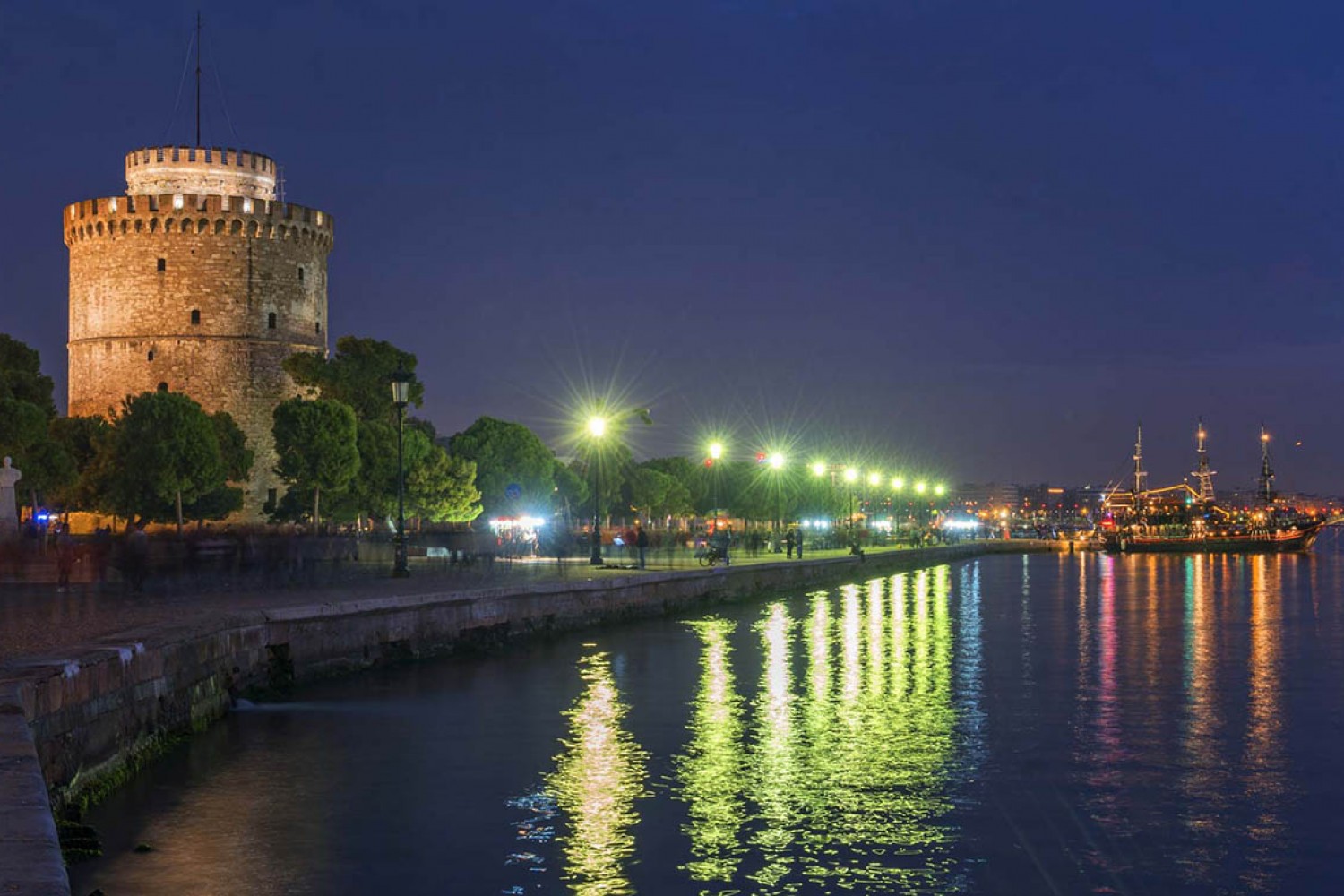 Thessaloniki is located in Macedonia and constitutes its informal capital, as it is its largest city and the second largest in Greece. It is coastal and its waterfront stretches over 12 kilometers. Since 1912, when it was liberated from the Ottoman rule and was incorporated, along with Northern Greece, to the new Greek state, it has shown significant growth in terms of population and economy.

This growth is not irrelevant to Thessaloniki's long history which exceeds 2,300 years, during which the city built by Cassander, in honor of Thessaloniki (his wife and sister of Alexander the Great), retained its role independently of the Empire to which it was found to belong. It thus became the capital of Emperor Galerius during the Tetrarchy in Roman times, as well as the co-regent city of the Byzantine Empire. Even during the Ottoman period, it didn't lose its prestige and sultans, realizing the role of its port and central position in the Balkans, took care of it accordingly. This role is reflected in numerous historic monuments and findings. Despite raids and destructions from natural or human causes, Thessaloniki was always able to recover and maintain its character.

Regarding the location of Thessaloniki, it seems to have been the result of wise thinking by its founder. Situated at the fringe of a rather protected gulf, it had the potential to become an important port, especially in older times where the sea was the easiest way of transport. Its connection to the Balkans and Central Europe through the valley of Axios was equally important. The development of transport and rail connection to the financial centers of these areas quite early gave the city a significant advantage and resulted in an inflow of many international activities and a similar number of foreign residents.

Today, it is an important transport hub, as it now connects to both the East and the West by Egnatia highway. Besides, the city's port has expanded considerably and is expected to play an ever greater role in the coming years in the economic life of the city and the Balkans. In the city visitors will find numerous attractions and hidden gems, museums and cultural centers, and a very vibrant cultural life in general. The hospitality of the Thessaloniki International Fair and the Film Festival gives the city an international allure and a lively tourist attendance.