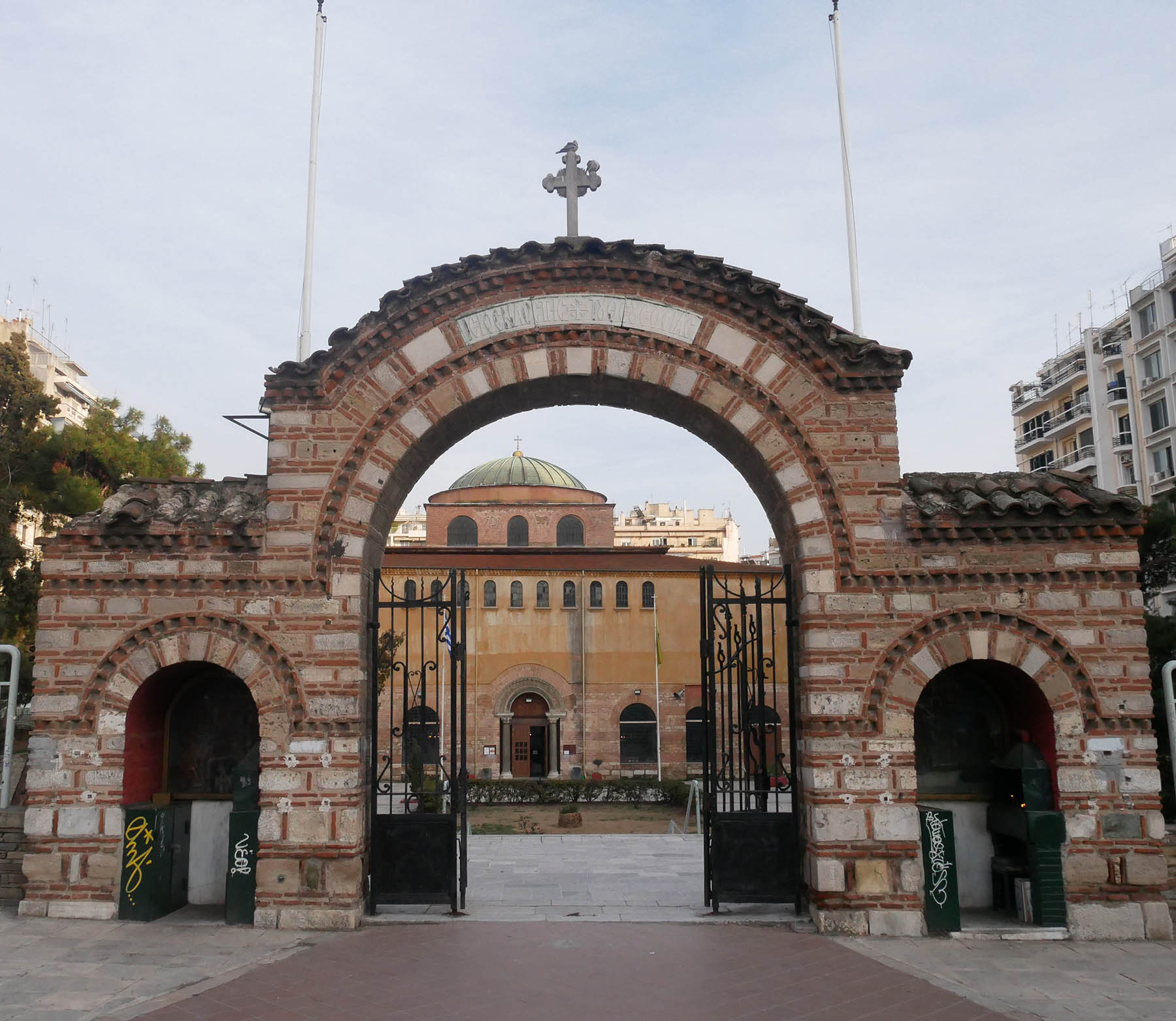 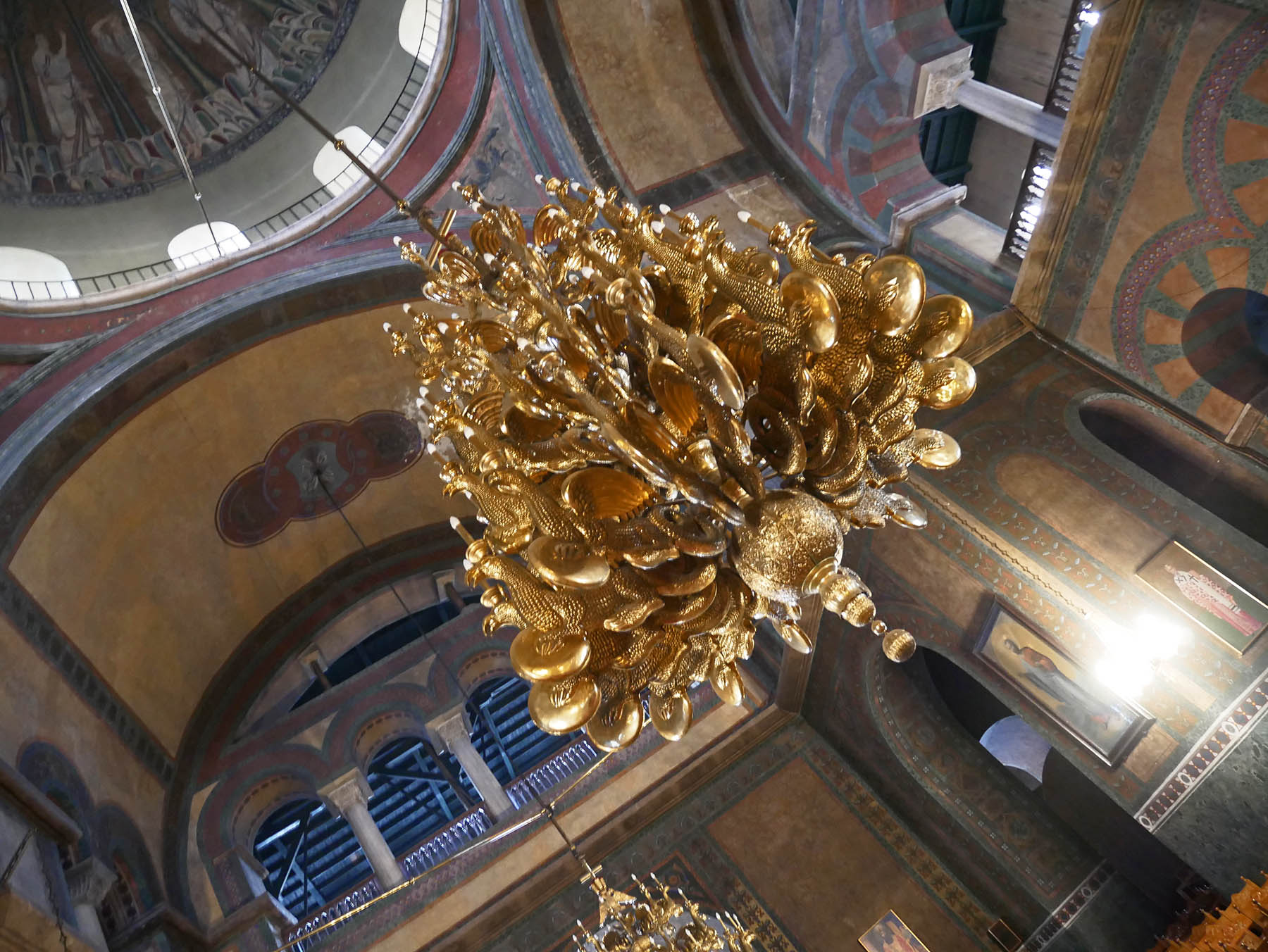 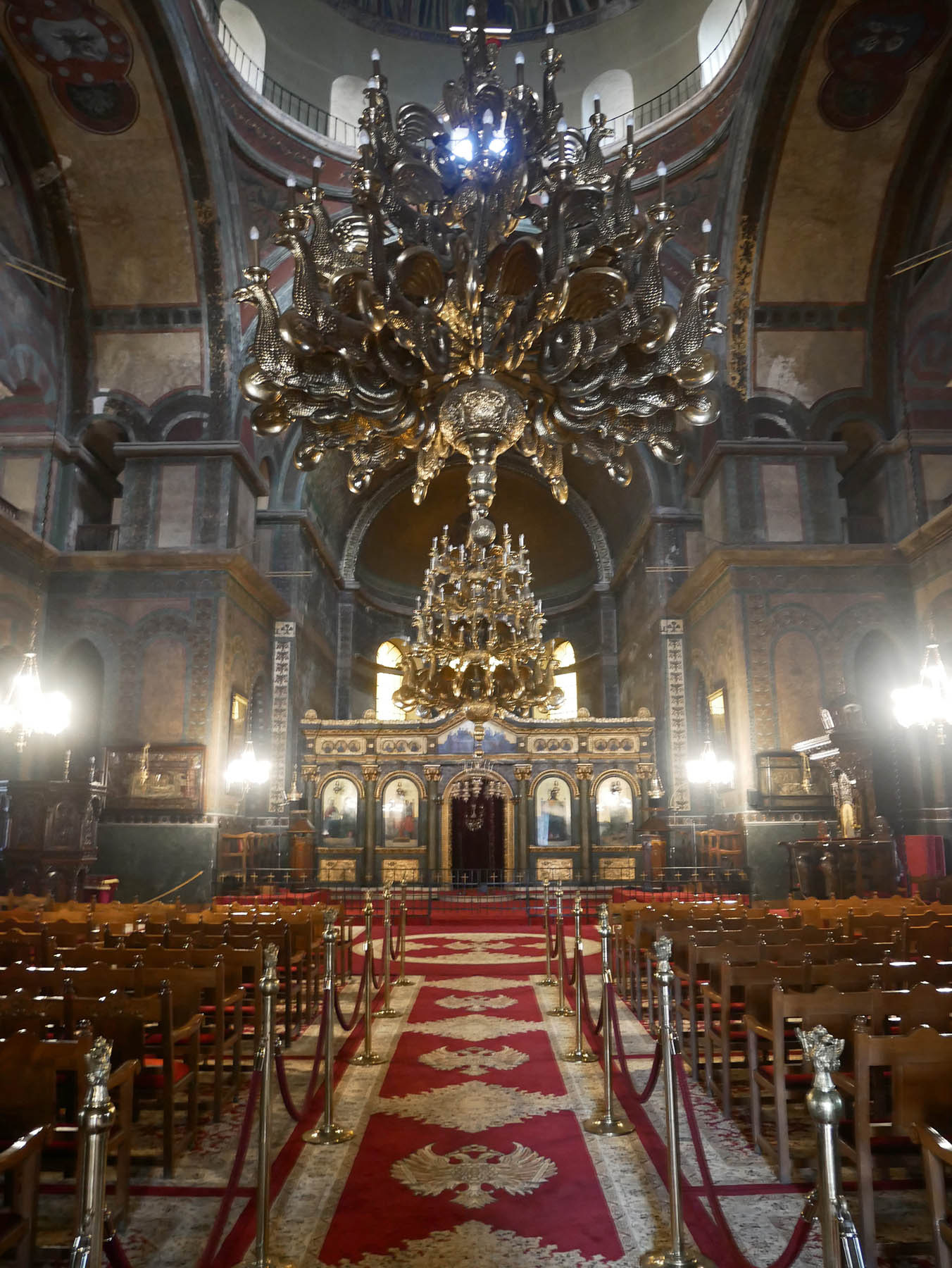 Agia Sophia's Church and Ermou Street: the courtyard of the impressive church in the centre of the square bearing the same name, is rarely without a crowd and from the high blocks around you almost feel the centre of attention is on you from those watching higher up.

The church, dedicated to Christ and to the wisdom of God, must have been built at the end of the 7th century on the five-aisled basilica of the 5th century, which was destroyed by an earthquake and is a typical example of a transitional cross with a dome and aisle. From 1000 to 1500 it was a metropolis (during the Latin occupation of Thessaloniki, between 1204-1224, it became a Latin cathedral) and in 1523-24 it was converted into a mosque during the time of Maktoul Ibrahim Pasha. On the northwest corner, the first minaret was constructed.

In 1890 fire damage occurred and it was restored in 1907-1909 by the Byzantinologist Karolos Detel. In 1913 it was returned to the Christians and after the earthquakes of 1978, work was done to fix and restore the superstructure and very important mosaics that were made over three different periods (from the 8th to the 11th century). From the frescoes of the 11th century few are preserved, while the sculptural decoration belongs to different periods. The pulpit, a work of the 5th century, was moved to Constantinople in 1905.

The pedestrian street of the same name starting from the church is one of the liveliest spots of the city centre, where you will also find Blé.