From Emilia Romagna with love | Blé Skip to main content 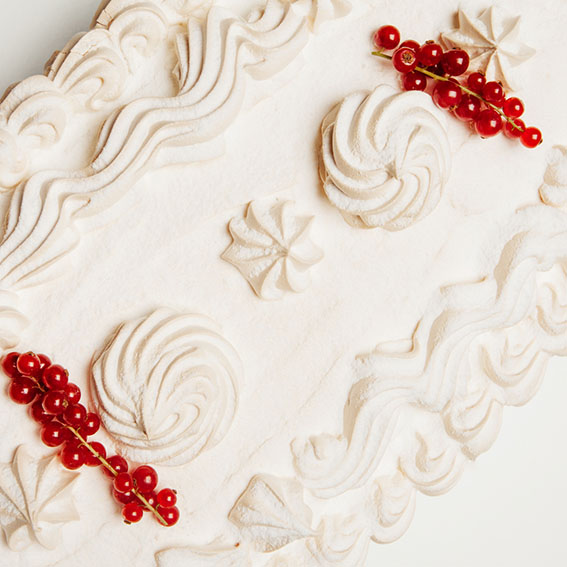 From Emilia Romagna with love

We have obtained one of Italy's most famous traditional recipes. And of course our pâtissier chefs have created Zuppa Inglese a la Blé.
It means balanced sweetness with little fat and fine ingredients. Belgian chocolate cream with 63% cacao, vanilla cream from Madagascar, cherry amarette & Italian meringue and panettone dough, cinnamon & orange liqueurs.
Its history: Zuppa Inglese was one of the favourite sweets in Ferrara (under the Emilia Romagna area). According to its inhabitants, in the 16th century, a lord from the United Kingdom, suggested a sweet from his homeland called trifle, which they considered "the beginning of all sweets." It was called soup because a lot of liqueur was poured into the sponge cake. Another version suggests Zuppa comes from France where it was invented during the 100-year war. Whatever version you prefer our moto is valid: If pleasure is not sin, sweet is not a temptation!
And during festivities.