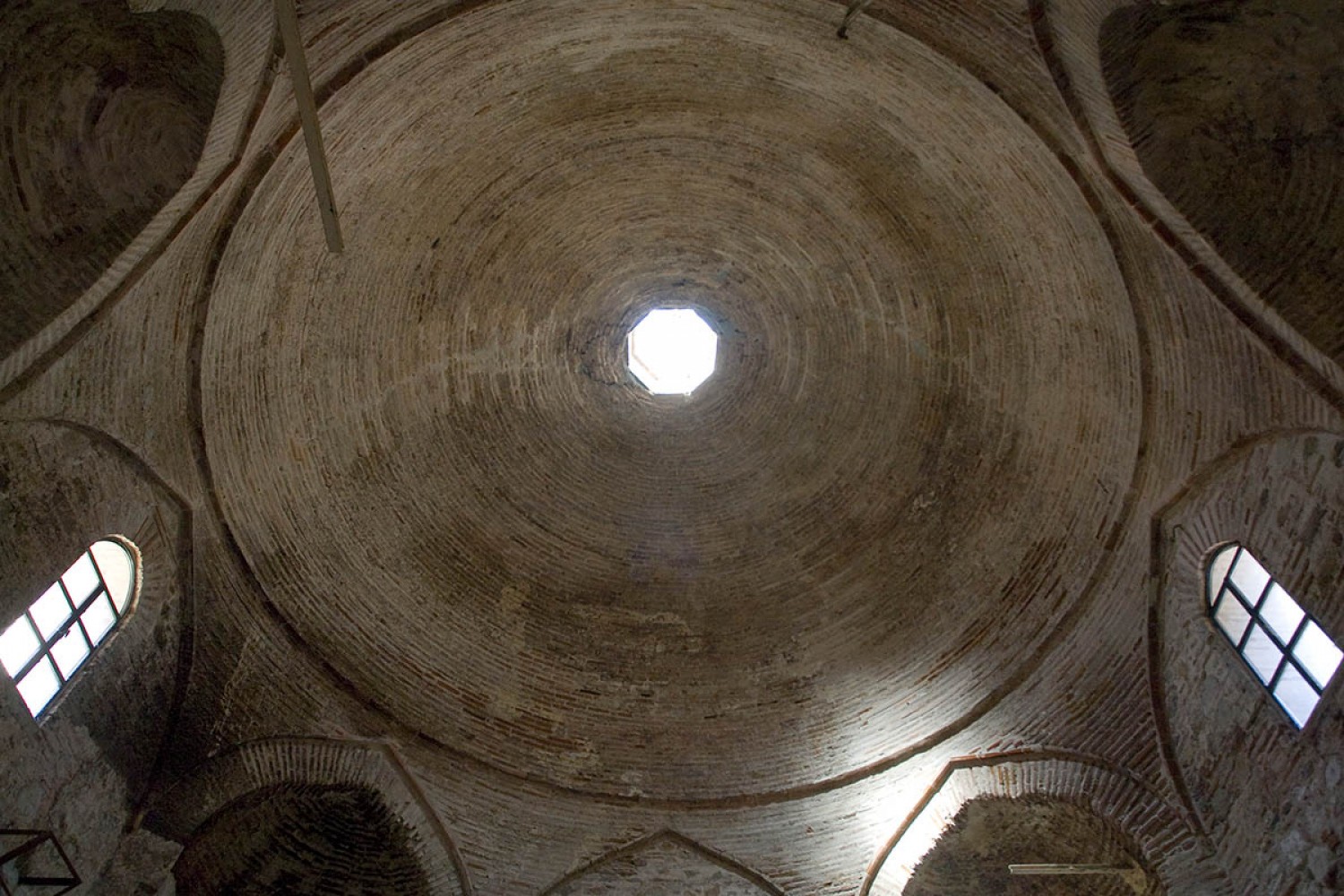 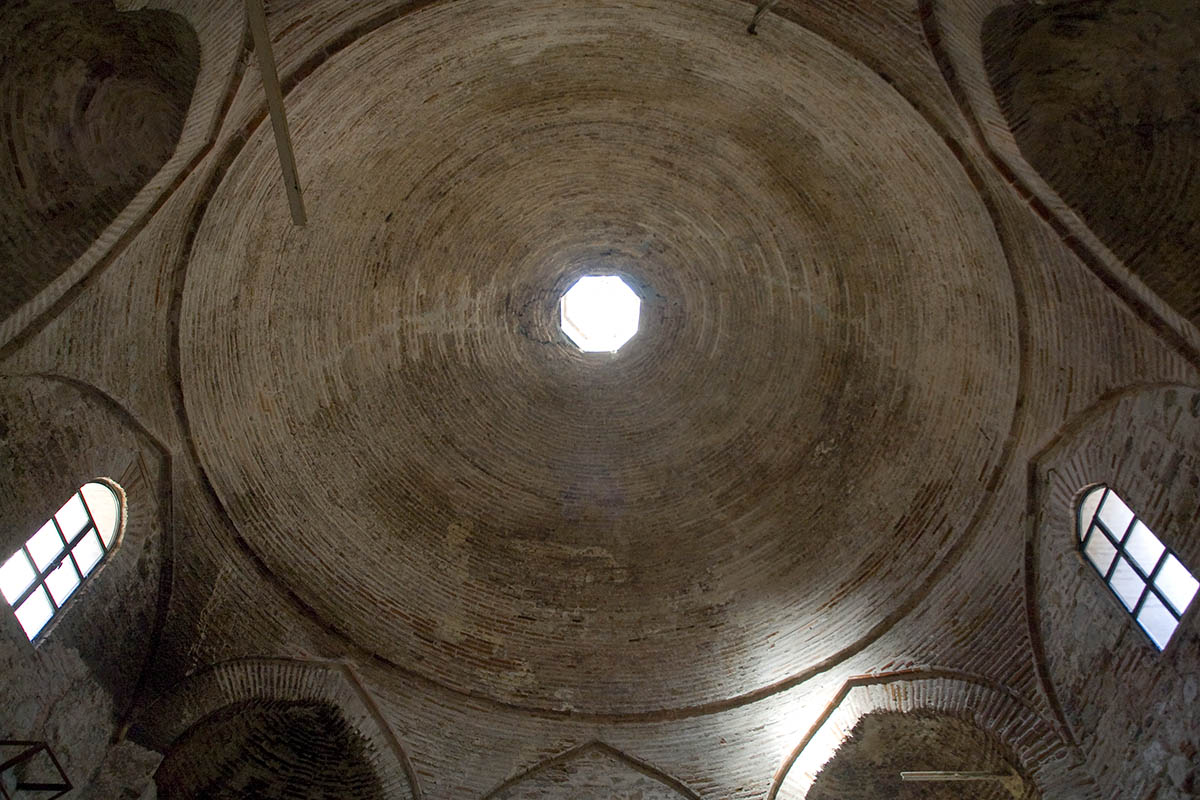 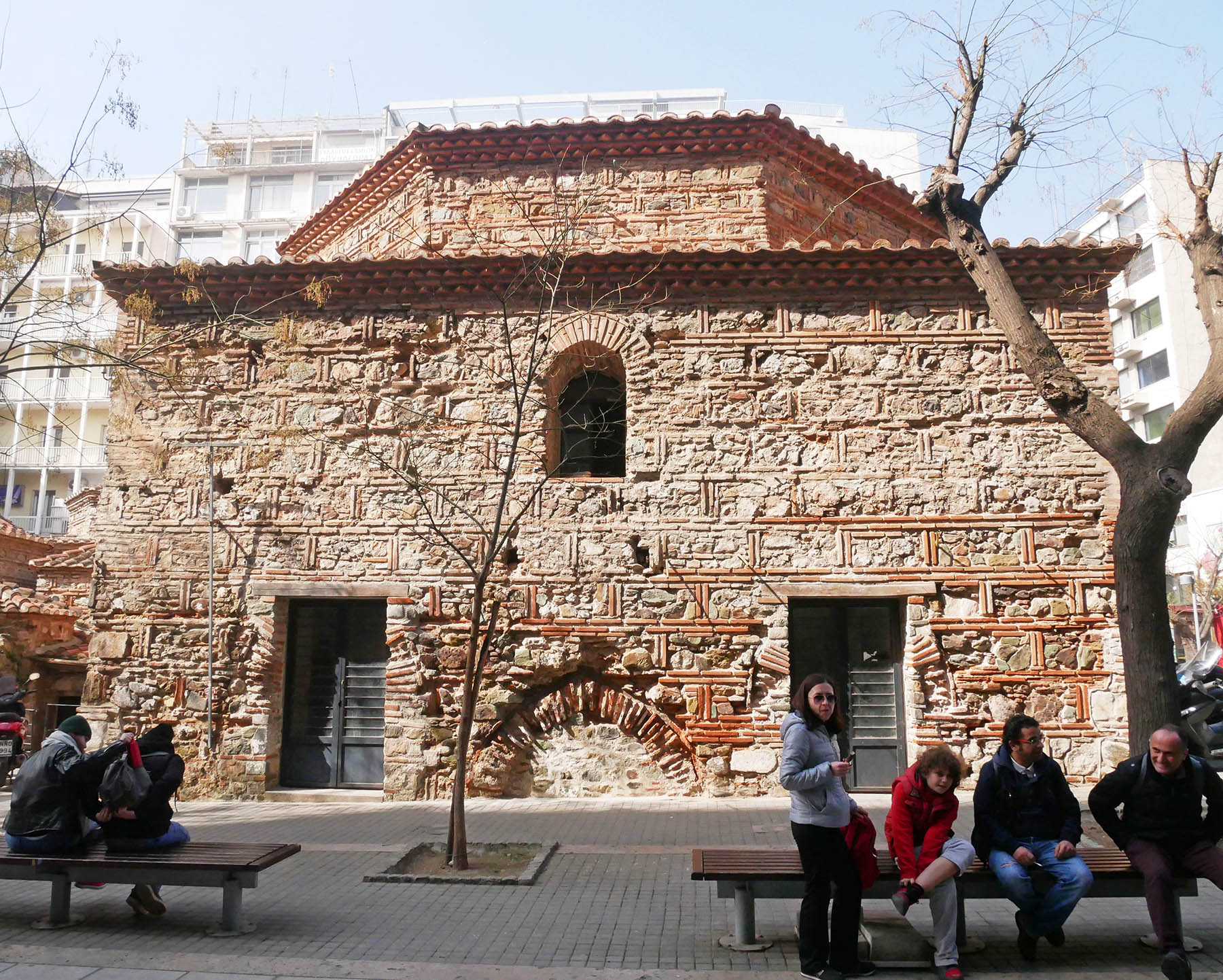 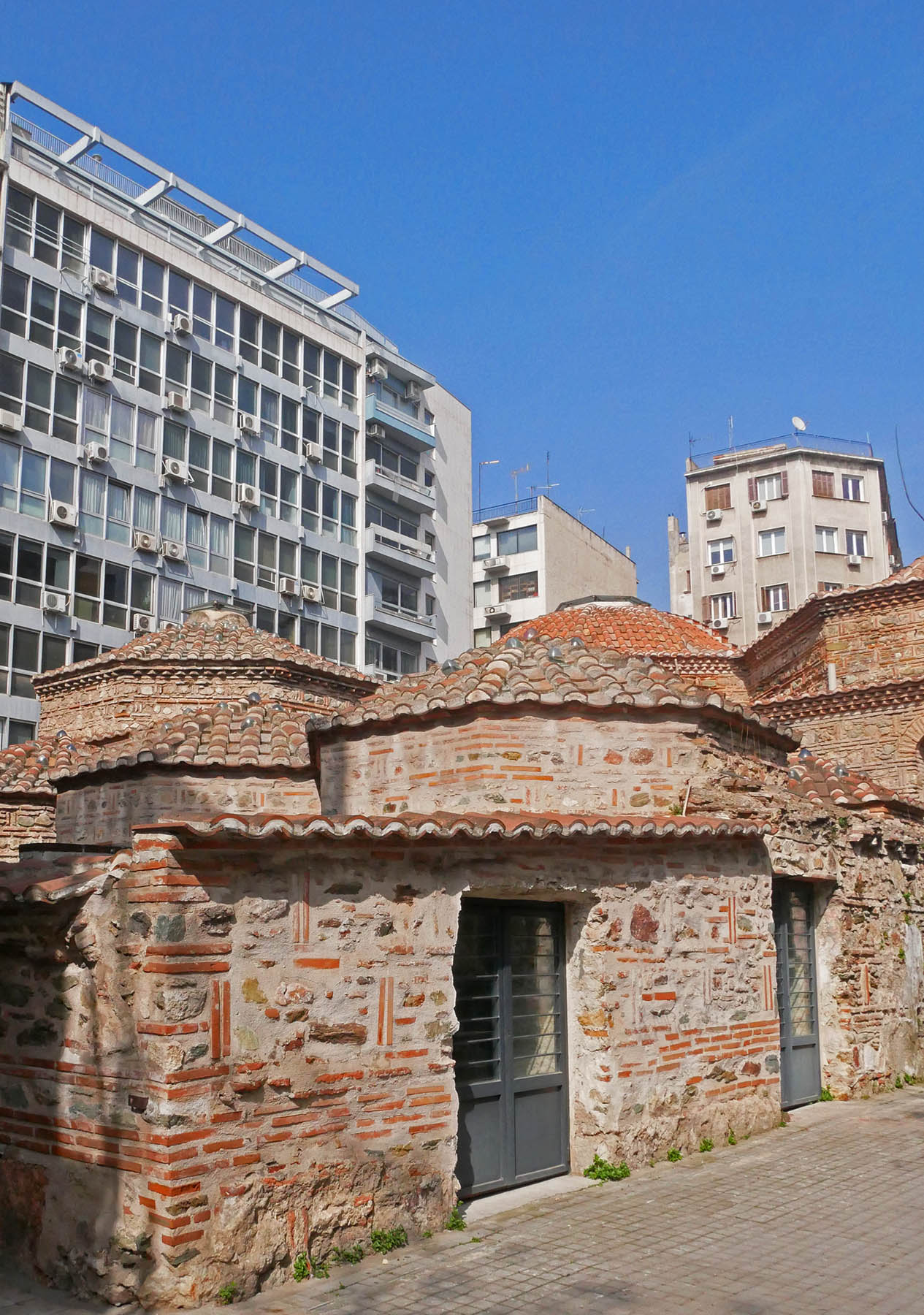 Surrounded by flower shops, parked cars, and tables and chairs, it risks being unnoticed in the hustle of the market on Komninon Street. During its glory days, it was called "Bath of the Jews", as many Thessalonian Jews lived and had their businesses in the wider area. Its second name - Pazar Hammam - refers to its position within the market area. It was probably built during the first half of the 16th century and, at times, it was also called Kebir Hammam Bazaar (Bath of the Big Market) and Kantinlar Hamami (Women’s Bath). It operated as a bath regularly up to the First World War. In 1948, on the outer side of the bath, the known flower shops were set up, while inside, Elias Kamvysis had open a retsina shop. According to the custom of the time, Kamvysis also prepared some nibbles for those who wanted to taste his wines on the spot, and so “Loutros” tavern, one of the city’s most picturesque, was created. When the site was declared archaeological in 1990, the flower shops moved to new wooden structures, while the tavern closed in 1999. Today, after limited renovation and restoration works, the site is used for cultural events.