The Upper Town at a glance | Blé Skip to main content 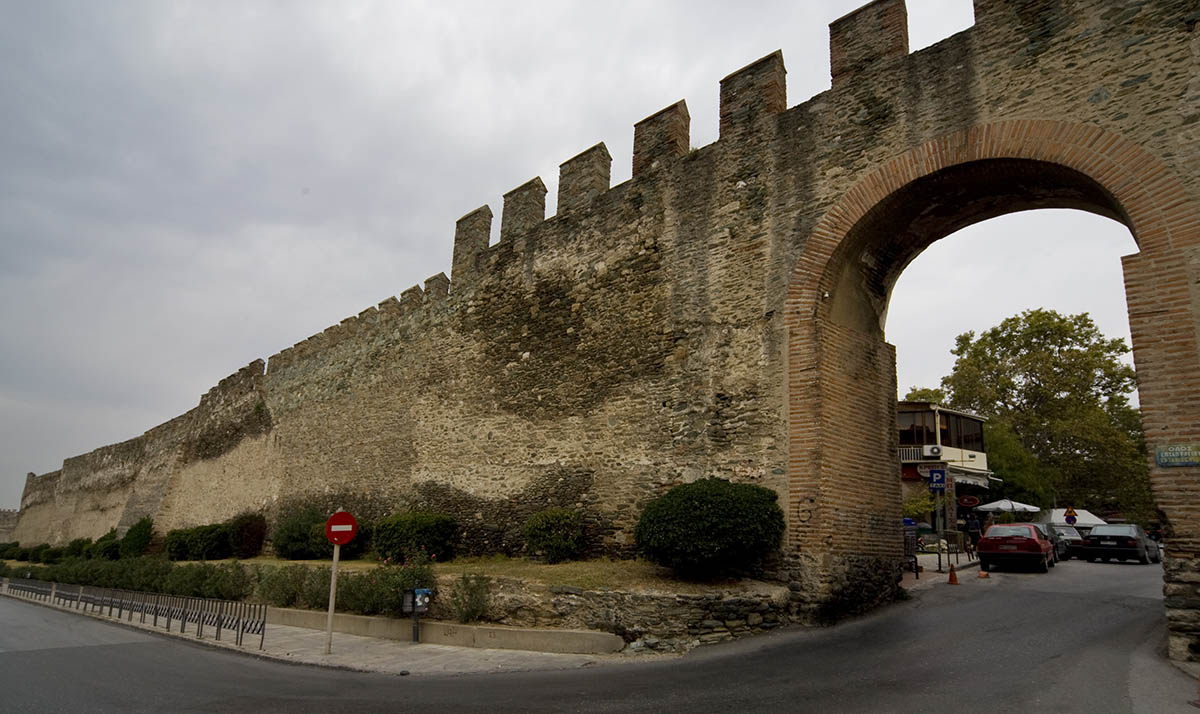 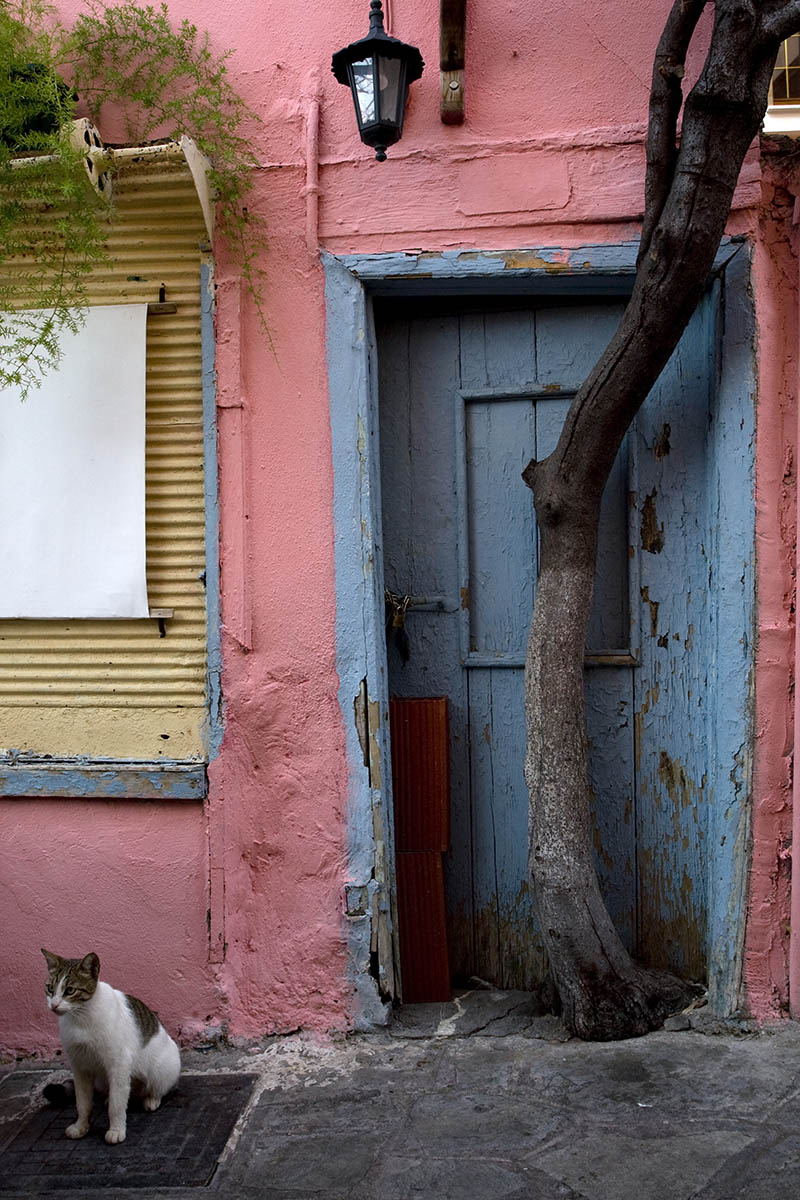 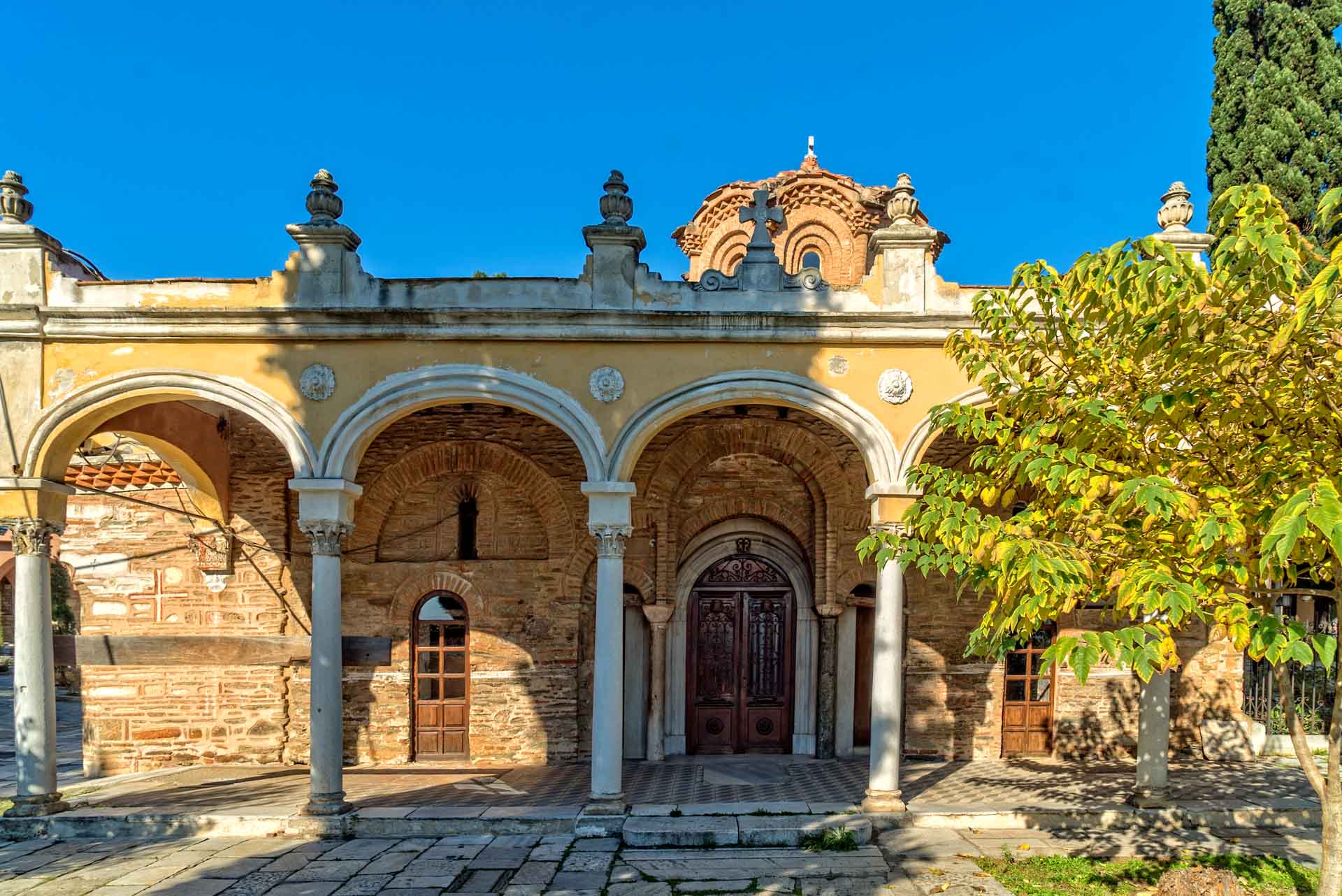 The Upper Town at a glance

A characteristic of the Upper Town (Ano Poli) is the wall, the presence of which has contributed to the area's special character, both esthetically and functionally. It is known that the area was not inhabited in the Hellenistic and the Roman times, while during the Byzantine period, the part near the walls remained empty, in order to allow its military use in case of attacks. Since the beginning, it was an exclusively residential area without significant commercial activities. The wall preserved at a significant part in the area of Ano Poli enclosed the entire city, that is why it characterized as "enclosed by walls" by travelers.
The construction of the original fortification dates as far back as the 3rd century AD, and it gradually expanded and was reinforced with towers and overhangs, an outwork and ditches in the lowlands. The waterfront was also secured with walls. The wall had a total length of 8km, half of which survives today. Its height reached 15 meters with an average of 10-12 meters, its in thickness varied from 2.50 to 4.50m, and it had ramparts at the top. It was also reinforced during the Ottoman rule. From its towers, 60 survive today, including the White Tower and the Tower of Trigonio, the towers of Hormisdas, Emmanuel Paleologos, Top Hane etc.
The area of Bairi (uphill), as it was called during the Ottoman period, was mainly inhabited by Turks, due to the dry climate and the visual contact to the sea that it offered, warning for raids. The few Orthodox Greeks resided exclusively in neighborhoods around the churches. The composition of the population also identified the architecture, where Macedonian and Ottoman elements were mixed creatively, while later, as the city prospered, classical or eclectic elements were added to the housed of Dönmeh Jews. The low-ceiling houses with nice gardens, made of wood and stone, was two or three-storey, with many windows and a protruding roof. The decor included "sahnisia" (the closed overhangs on the facade or the sides), porches, balconies and cornices.
The area attracted many refugees after the Asia Minor Catastrophe. Ano Poli survived to a large extent the great fire of 1917 and, as the ground's morphology and the small plots didn't make it attractive for reconstruction, it escaped the first wave of the construction quid pro quo, however without solving the issues of urban sprawl and the lack of roads and public spaces. Since 1979, following regulations, the law facilitated the demolition of old houses, as well as the construction of new ones, based on special specifications of respect to the area's history and environment. However, the look of Ano Poli today with the general clutter is not consistent with the idea of a ​​protected traditional settlement ... In recent years, it has become a trend for "esthète" people, students, artists, teachers or some architects who have applied their ideas here.